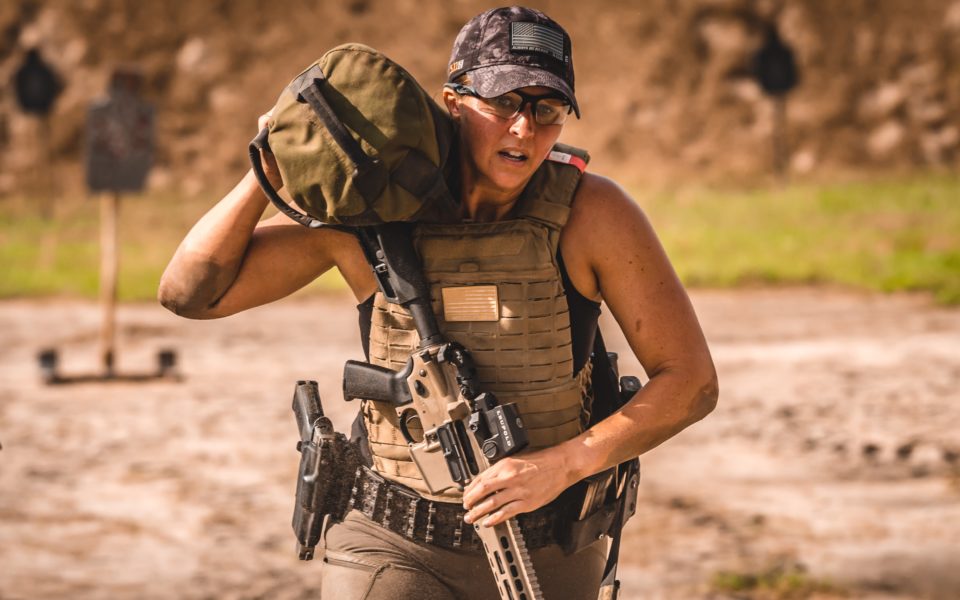 by Tes Salb
in Press Release
Leave a comment

Laramie, WY – HIVIZ® Shooting Systems is proud to announce a new addition to the Pro Staff lineup. HIVIZ has some of the top shooters in the world, so it is no wonder that Tes Salb has joined the team expanding the company name into The Tactical Games arena!

Tes is no stranger to fitness or firearms, having received her start in shooting at the age of 12 through the sport of Modern Pentathlon. She competed in the US Olympic Festival at the age of 15 and joined the US Shooting Program shortly thereafter in International Pistol. Salb earned a spot on the 1998 US World Championship Shooting Team where she competed in Barcelona, Spain and represented the US in 5 World Cups and the 2000 US Olympic Trials while on the National Team. Salb also represented the University of Notre Dame in the NRA Collegiate Pistol Shooting Program, earning podium finishes and two First-Team-All-Americans. After graduation, she continued her multi-sport training and competitions through triathlons and CrossFit – competing in the Ironman USA in 2005. Salb has since picked up 3-gun, USPSA, and shotgun sports recreationally.

“I’m very excited to join the roster of legendary shooters that HIVIZ supports,” Salb said. “To compete under the company banner that so many of the world’s top shooters do is truly an honor. I look forward to representing HIVIZ in The Tactical Games and at other events throughout the year.”

“Tes has been a strong competitor in The Tactical Games arena, and we couldn’t be happier to have her as a part of the Pro Staff,” said HIVIZ Founder, Phil Howe. “She is a great company representative, and we look forward to her continued success.”

Salb graduated with a BBA in Marketing from the University of Notre Dame in 2000, has been working in the firearms industry for 20 years and is currently the Director of Marketing and Communications for HIVIZ Shooting Systems.

For more information on Team HIVIZ members or our products, visit www.hivizsights.com.