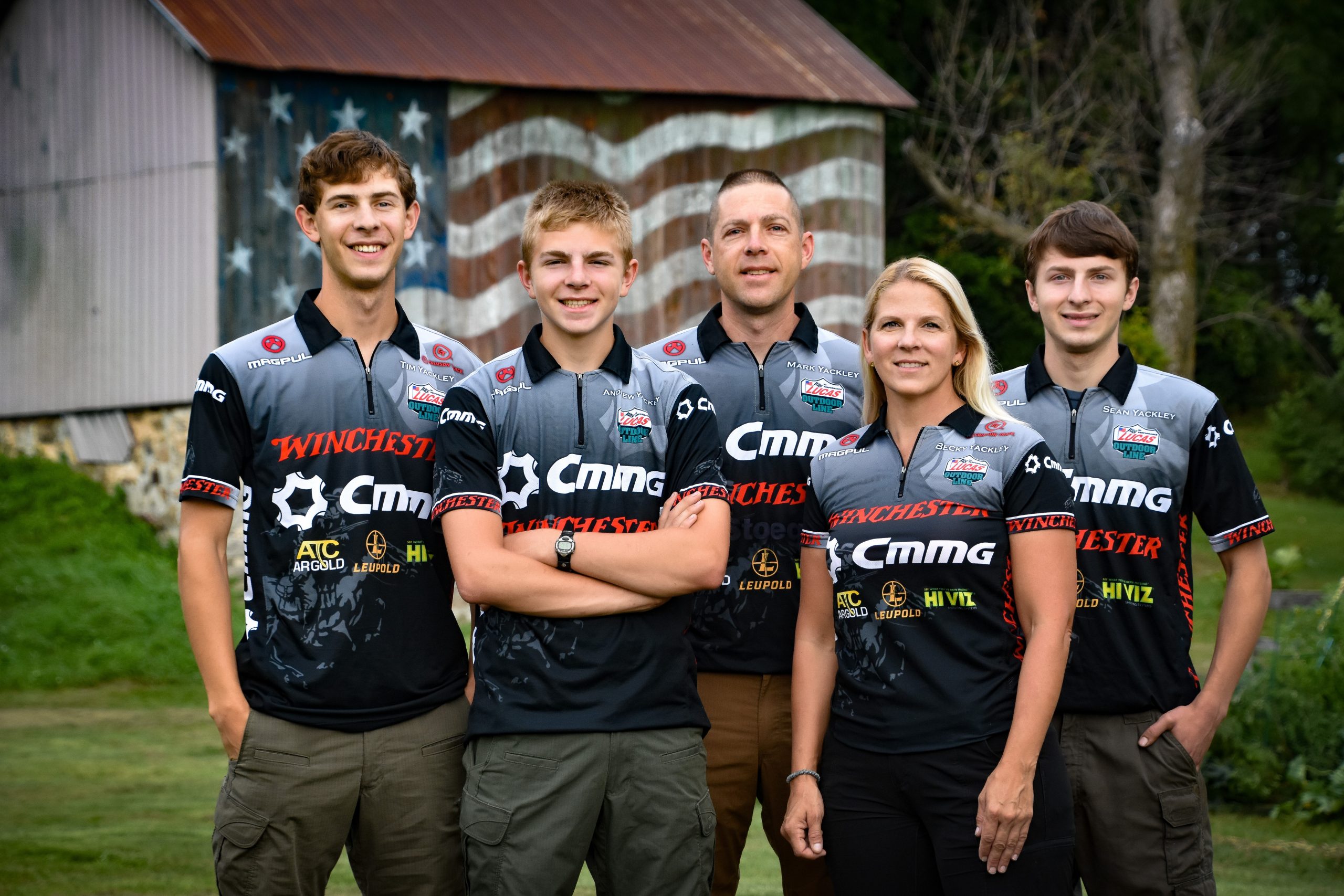 Twenty-two-year-old Tim Yackley is one of the top-ranked US shooters across several disciplines: USPSA, IPSC, Bianchi / NRA Action Pistol and 3-Gun. He has been shooting competitively for nine years and has earned his USPSA Grand Master classification, three World Titles, four Bianchi Cup Junior National Champion titles, he’s been the top-placing US shooter at two IPSC Rifle World Shoots (2017 and 2019), has represented the US in four IPSC World Shoots as a member of the US Men’s Team, and was crowned the 2018 NRA World Shooting Champion.

At the end of the day, Tim just really enjoys guns, gear and shooting. He has taken the role of the family gunsmith/gun builder, spends time loading ammo, and getting things ready for everything from guns for competition, to night vision. He has also spent the last few years teaching semi-professionally, worked at Tactical Performance Center, and is currently doing free-lance firearms instruction when his schedule permits it.

Becky Yackley began shooting competitively in 1989...fast forward 30 years and she has diversified her skills over several disciplines, among them: USPSA, IPSC, NRA Action Pistol, and 3-Gun. She is currently the Ladies Metallic World Champion in Bianchi/NRA Action Pistol, a three-time Ladies Metallic National Champion in Bianchi Cup and most recently won the 2021 Ladies Open title at the Bianchi Cup.  Becky has represented the USA on three IPSC World Shoot Ladies Teams, holds records in every event for Ladies and Metallic Sight Divisions in NRA Action Pistol, placed 2nd in the Ladies Open Division at the USPSA Multigun Nationals in 2019 and 2nd in the Lady Standard Division at the 2019 USA IPSC Nationals. She also took home 1st Lady Pistol Caliber Carbine at the 2020 Caribbean Open.

One of the most rewarding parts of competing for her has been representing the USA with her eldest son, Tim, at four IPSC World Shoots. Becky also works in social media and marketing in the firearms industry and writes for NRA Women and blogs for Winchester Ammunition.

Mark Yackley is a firearms instructor for the Wisconsin State Patrol and has worked since 2003 at his trooper job. He is also a US Marine Corps firearms instructor, and the OIC of the Reserve Action Shooting Team. He earned Double Distinguished in 2018. His competitive shooting background began in the 90s, but his primary focus now is action shooting and instructing with the Marine Corps, as well as competing with his wife and three sons across the country. He competes in 3-Gun, USPSA, Bianchi, among other disciplines.

Sean Yackley is the middle son in the Yackley family, and while this 21-year-old has often been second to his older brother Tim, Sean’s fierce pistol skills have won him junior shoot-offs and positioned him to excel in 3-Gun, Bianchi, and USPSA. He was named the NRA Action Pistol Junior National Champion and has earned top five finishes in major 3-Gun matches in 2019. His greatest achievement of 2019 was earning the title of NRA Action Pistol Junior National Champion.

Rounding out the five members of the Yackley family is the youngest, Andrew, who at 16 years old, is now a seasoned competitor. He brings his serious pistol accuracy to the game of 3-Gun and has grown in his mastery of pistol to position him to be one of the top juniors in the sport of 3-Gun. He won 1st Junior at the 2020 Caribbean Open IPSC match in Pistol Caliber Carbine and was just named the 2021 Junior Division National Champion at Bianchi Cup.