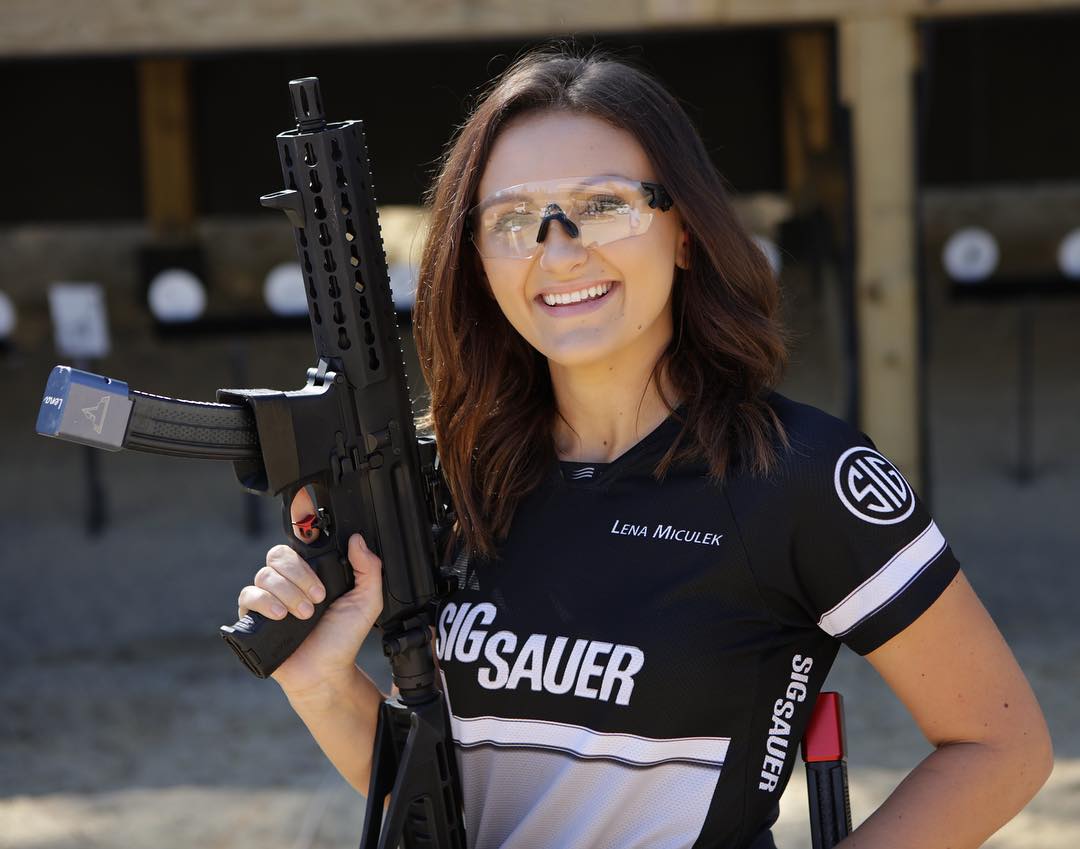 Lena is a third-generation competitive shooter following in the footsteps of her grandfather, and both parents (Jerry and Kay Miculek). She was practically born on the range and has spent the vast majority of her life traveling the country from range to range. Her first competition was at 8 years old, and she has not stopped since! In 2012, she became a full-time Professional Marksman when she won her first world title in Hungary at the first IPSC Shotgun World Shoot. Today, she specializes in the sport of 3-Gun and, in her eight years of being a professional shooter, she has managed more than 135 major wins, 8 World titles in five different disciplines and recently became the first women to set an NRA Certified World Speed Shooting Record! However, her competitive focus has recently shifted to Pistol Caliber Carbine (PCC) where she is the four-time undefeated USPSA Ladies National Champion and the only woman to ever win an AREA Championship Overall Title in the division.

When she’s not competing, she has a real passion for teaching all levels of shooting from true beginners to competitors and the military. Sharing her experience and making the range a safe, fun and inviting place for all is a goal she works toward daily. On the flip side, she still enjoys being a student and feels that that’s where she thrives. Concealed carry has quickly become a huge part of her day-to-day life and she approaches her personal safety and concealed carry with the same focus, training, and dedication she has practiced for years though competition shooting. Shooting for her is beyond a pastime, it’s a lifestyle!

Lena has been a proud member of the HIVIZ Pro Staff team for 7 years and says that HIVIZ’s passion for and support of the shooting sports, hunting and all things Second Amendment has made her time with on the team an honor. “From the products to the people I know they always have my back.” She is also a favorite among the industry and in 2020 was awarded the Gundie Award as the “Most Influential Woman of the Year.”