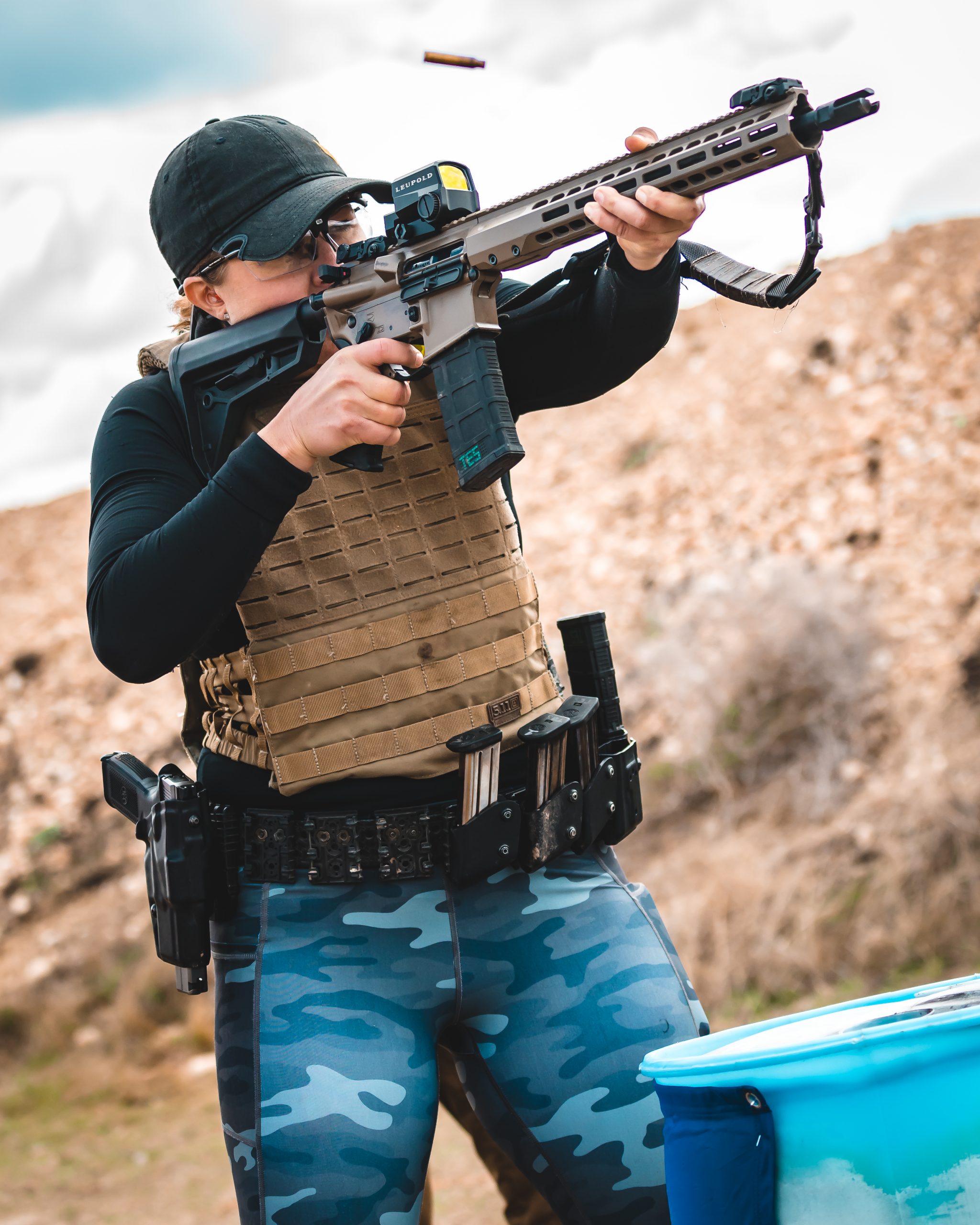 Tes Salb is no stranger to fitness or firearms, having received her start in shooting through the sport of Modern Pentathlon (running, swimming, shooting, fencing, horseback riding) at the age of 12. She competed in the US Olympic Festival at the age of 15 and in 1996, was introduced to the US Olympic Shooting Program where she qualified for the US National Team in Pistol. During her 12 years on the US National Team Salb earned a berth on the 1998 US World Championship Shooting Team in Barcelona, Spain, she competed in 5 World Cups, represented the University of Notre Dame in the NRA Intercollegiate National Pistol Championships earning podium finishes and two First-Team All-Americans, and qualified for the 2000 US Olympic Trials. She has since picked up 3-gun, USPSA, and shotgun sports recreationally and has used her experience to help others enhance their shooting skills for recreation and competitive shooting.

Salb continued her multi-sport training and competitions through triathlons--completing Ironman USA in 2005--and CrossFit where she traveled the country coaching athletes in competitive performance and injury prevention for 13 years. She also founded and ran one of the largest CrossFit Endurance teams in Northern Virginia. Through both her shooting and fitness experience she was led to the sport of The Tactical Games in February 2019. In her two and a half years of competition she has eight Tactical Games appearances and eight podium finishes (5x1st, 1x2nd, 2x3rd) including the National Championships.

She is currently a member of The Tactical Games University Instructor Staff and is teaching courses throughout the United States to help others improve their shooting and fitness skills while learning the ins and outs of competition in The Tactical Games.

Salb graduated with a BBA in Marketing from the University of Notre Dame and has been working in the firearms industry for 20 years. She is currently the Director of Marketing and Communications for HIVIZ Shooting Systems.