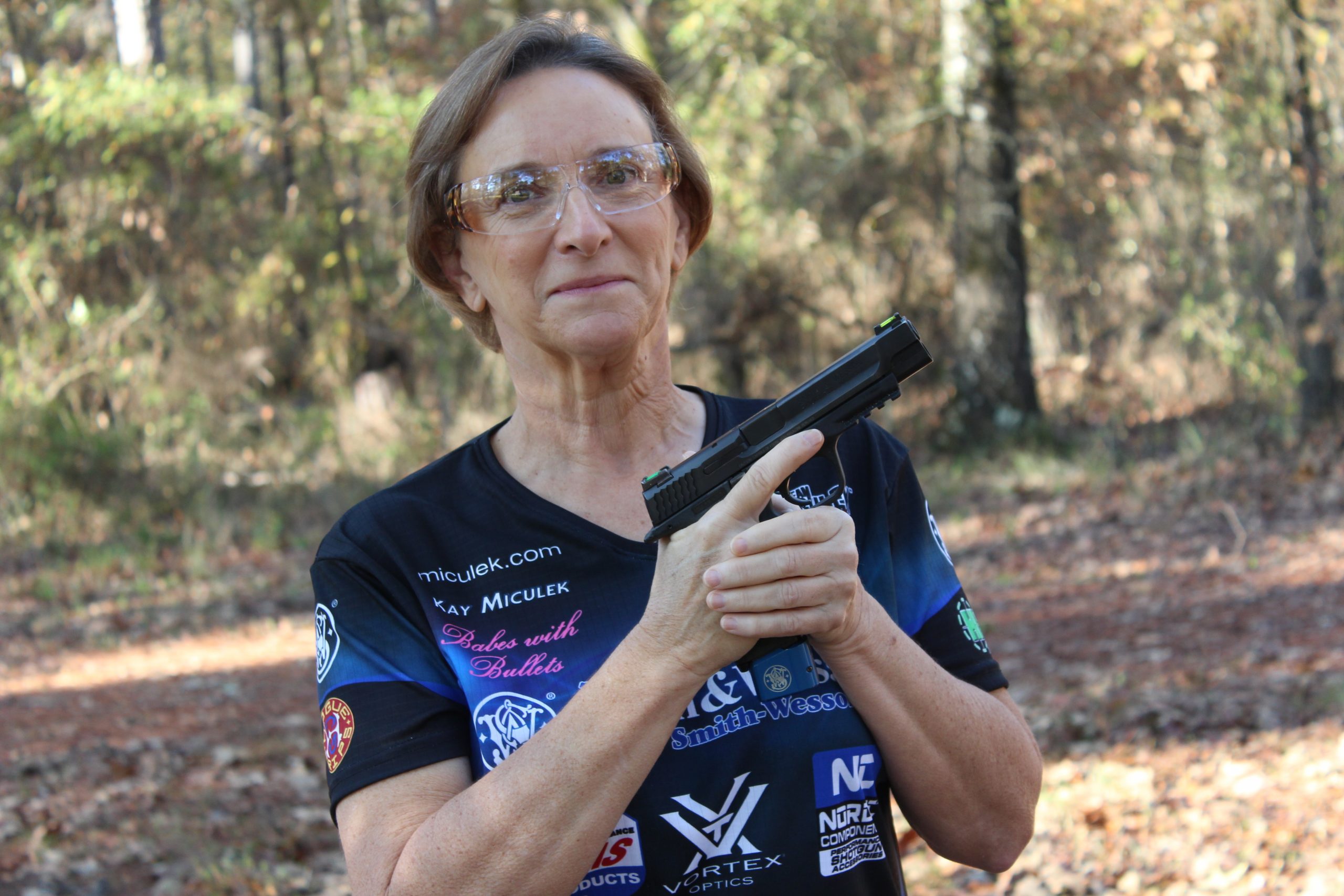 Kay Clark Miculek is the youngest daughter of Jim Clark, Sr., one of the most renowned gunsmiths and Bullseye Champions of the 20th century. In 1950 Jim, Sr. founded Clark Custom Guns (CCG), a custom gun shop that for 80 years has specialized in transforming out-of-the-box factory guns into supremely accurate competition grade shooting machines. Being born into this environment it is no surprise that Kay was introduced to competition shooting at a young age. From 6 to 12 years of age, Kay participated in a summer shooting program sponsored by the local sheriff's department where participants earned medals for demonstrating prowess with pump action BB or pellet rifles, and bolt action .22lr rifles. Skills learned in these summer programs served Kay well, enabling her to become the first female on her high school's ROTC rifle "B" Team in 1973, and the first and only female on the “A” Team the following year. In 1977, she claimed her first national title by becoming the NRA Women's High Power Rifle Silhouette Champion.

After her success in the precision rifle sports, Kay's competitive shooting endeavors took a 14-year hiatus until she returned to work in the family business, Clark Custom Guns, in 1989. Kay's brother Jim Clark, Jr., who was her lifelong shooting buddy, immediately introduced Kay to the Practical Shooting Sports.  Over the next 28 years, Kay posted one of the most impressive winning records of any female competitor in the country winning dozens of World and National titles, and hundreds of Regional and State Championship titles.

Kay’s most notable accomplishments include: