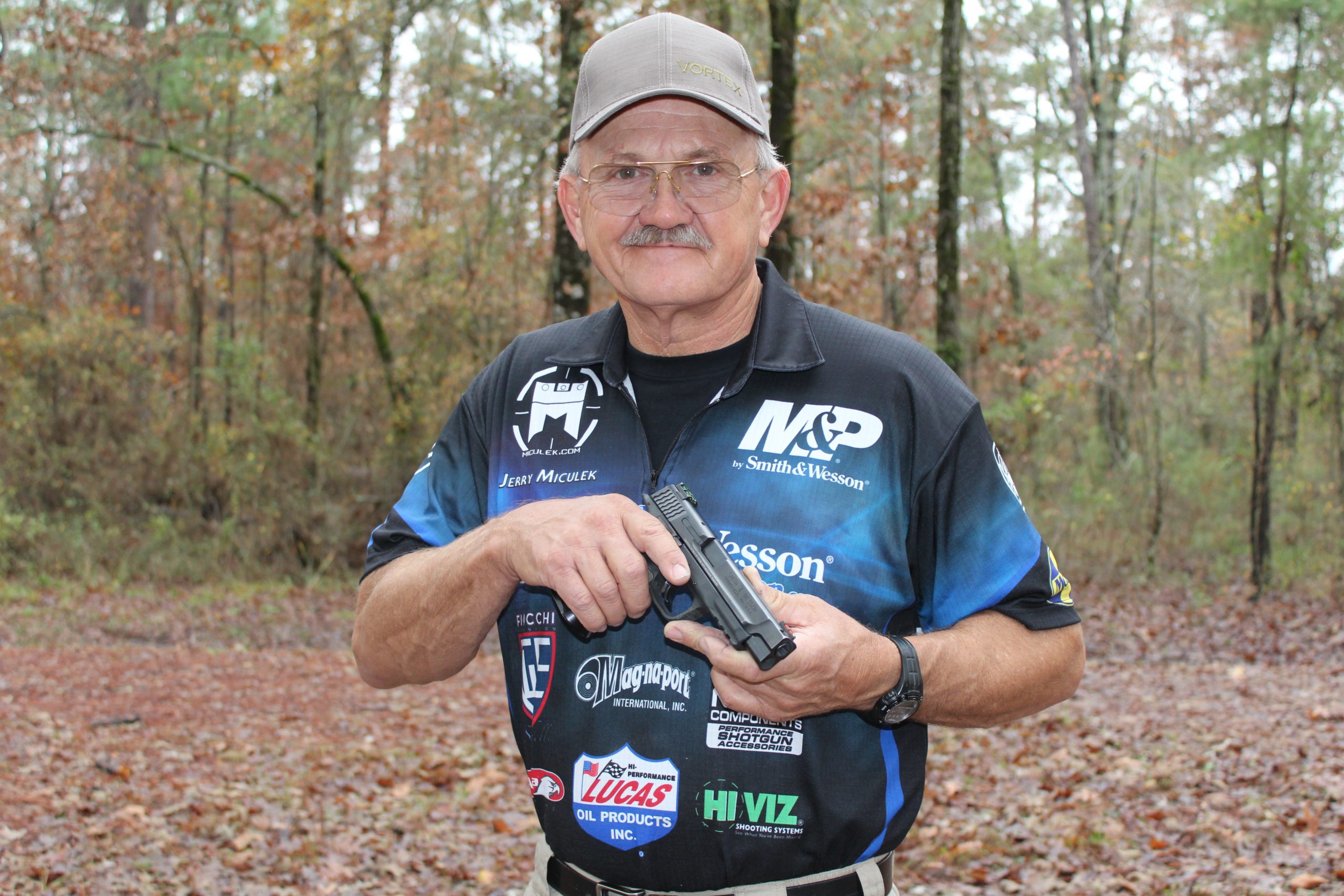 Jerry Miculek is one of the best all-around shooters on the planet! His accomplishments during his 30+ year shooting career include 54 National Titles and 47 World Titles. Although best known for his amazing feats of revolver speed shooting, Jerry is also one of the top Multi-Gun competitors in the world, demonstrating equal prowess with pistols, rifles and shotguns. Jerry became a member of Team Smith & Wesson in 1989. Since that time, he has participated in countless competitions, performed hundreds of shooting demonstrations, and represented Smith & Wesson and his other sponsors at store promotions and trade shows throughout the world. He is a favorite among the industry and was the winner of the 2021 Gundie Award as the “Best Shooter” among social media influencers in firearms industry.